FROGSONG is a heartfelt adventure where it's okay to be small.

Chorus is a little frog with huge dreams of protecting the world. Being a tree frog, however, society expects them to lead a life of religious studies, instead of training to be a warrior. Their small size certainly doesn't help anyone take them seriously, either. Seeking a better life, Chorus moves to Boreala, a village where members of the Defense Guild train under the wisdom of an old veteran. They quickly learn things aren't going to be as easy as they hoped. With a powerful army and a mysterious rumour both on the rise, Chorus needs to discover how they can protect the ones they love - before it's too late.

Explore a beautiful, atmospheric land and fight monsters on your journey to find your place in the world.

Note: I am aware of one potential glitch in the Mac build where text does not show up. If you use Mac, let me know if you run into this problem!

If you run into any glitches, please email a description to contact(@)frogsonggame.com! Thank you so much!

Sorry, I've tried and tried, but I can't find the demo download link anywhere. Is this a bug or a feature?

The music and art style are incredibly charming and lovable. Character interactions are witty and fun. Combat animations are quick and a bit humorous. Getting into the game was a bit of a challenge as I didn't know which button was used for interaction in the game. I would personally make street signs like the one in the beginning areas readable but it's inconsequential to gameplay or aesthetic. The lore is established well and early. There are some bugs I noted.

If you try to return to the village after being attacked by the boss and dying one of the areas on the way back from the training field will put you in a wall instead of in the next area. Also if you open your inventory during the fight and don't press escape after closing the inventory Chorus will freeze and be unable to move or attack.

Heya!  I'm in the middle of playing the demo as we speak - enjoying the game so far.  Guess I had a few notes I wanna share before I forget!  Sorry for the incoming wall of text!

First off the artstyle is waaay charming!  It's what really captured me in the first place (I didn't know this game had any LGBT focus before I started, and the husbands in the starting town were a lovely surprise, "LGBT" would also have convinced me, hah) - the animations are great, the character designs are clear, and the whole game has a lovely atmosphere.

I had one issue with the controls, which was the use of shift to attack.  I think it's because it's used by the same hand as the movement controls - I got killed by the mantis twice (though I am no pro gamer), hence why I'm taking a break!

Bugs/glitches-wise, I only noticed one thing - when you use an item in the inventory, the count of how many you have doesn't go down straight away, which was a tad confusing.

I'm a real idiot so these may not be issues for most, but I also couldn't figure out how to counter flying enemies (if you're supposed to be able to, that is) or interact with rest (save, I'm assuming?) points.  Being reset to the start after later deaths was somewhat disheartening!

I gotta mention, though, how much I ADORE the dialogue.  Especially the smaller interactions positively radiate charm - sort of reminding me of my experience when I first played Night in the Woods and Undertale!

Last thing I will say is BLESS the leap feature.  Of course it makes sense, what with Chorus being a frog and all, but it also makes them feel quicker and more nimble than the others - so befitting of a game proving how being small doesn't stop you from being a hero...  Of course, you knew all that but I felt like gushing anyway ^-^

Overall, I'm enjoying myself!  This game has great potential, and I'll be backing the Indiegogo campaign soon - so happy to see it over 100% funded!  Gay frog game here we come \o/

Oh my goodness, thank you so much!!

I must have missed that inventory glitch, I'll look into that.

Wouldn't you know it, the leap feature wasn't actually in the very first release of the demo! Looking back it seems like a no brainer, but initially I wasn't sure whether or not to include it.

Aah you're very welcome!!  I think it's important to express gratitude for projects like this, clearly a lot of love is going into it and I really appreciate that.  It must be a lot of work and I have huge huge respect for game devs!

I actually noticed the leap feature in the update log after making my comment yeah!  It added a lot to the travel and combat for me - finding secret areas is something I really love doing, and it was nice to know that I could walk into the new space nice and slowly to take it in and positively hurl myself back at breakneck speed, and timing leaps to dodge the mantis after getting a couple of attacks in was good fun!

Thank you, I'm really glad you like it. Dodging the mantis is precisely why the leap was added. Imagine fighting it without an easy way to dodge!

Basalt's eye colours are mirrored in his portrait, and I'm really curious what the marked stones and posts mean. But... I love it. Backing now :D

Thank you so much!

I love the art and the characters have really good personality! The controls feel alright but I think it would be nice to be able to rebind, or have gamepad support.

Thank you! I'm definitely planning on control remapping being a thing in the finished game. The demo does have gamepad support, but the joystick doesn't work currently. There were a few glitches with movement controlled by the joystick that I'm still working on fixing.

Haha, glad to hear! While the demo doesn't get into any LGBT themes, the full game will include themes about identity that I'm sure will resonate with lots of fellow LGBT people.

Excellent Demo, Loved playing the game and was totally engrossed by it. The music is great. Wish there was a way to kill the flying bee enemies. The non enemy bug that just rolls when you hit is really cute. It has the feel of playing hollow knight (only the pleasant parts). Would definitely buy the game.

Sometimes the continue button does not work when I press the key not sure why, also Esc key should allow me to go back to the game from either the inventory or the map. Also I kinda got stuck in the sea at the end.

Hey, thanks for catching that! I just released an update where that's fixed. If you feel like playing again, hopefully you won't get lost at sea! 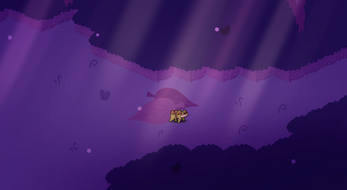 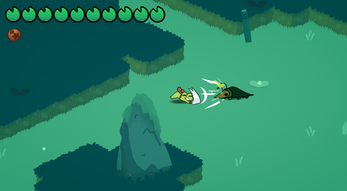 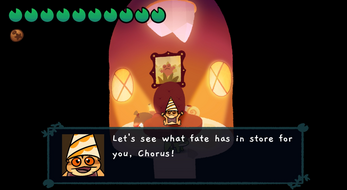